A 33-year-old woman with no past medical history presented to the emergency department with asymmetric pupils. At 7:30am while putting on makeup, she noted her pupils were equal in size. One hour later, she developed light sensitivity in her right eye, and soon after noticed her right pupil was significantly enlarged. She denied headache, facial or extremity weakness, dysarthria, or ataxia. On exam… 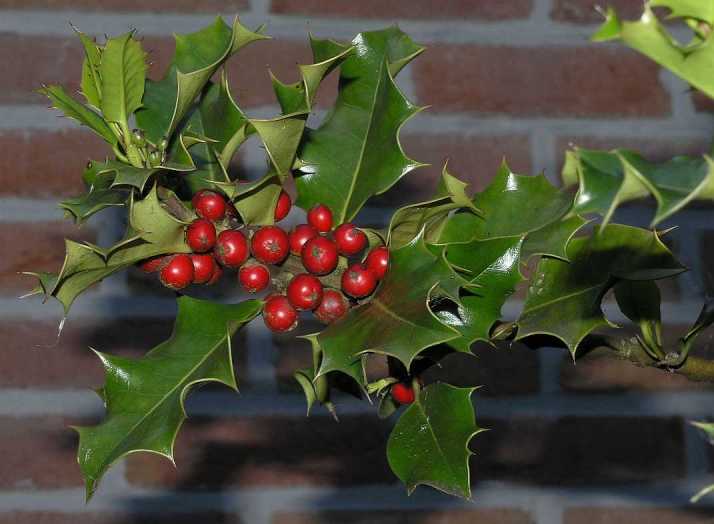 We were excited to read the article by Michael Wilson et al1 in the March 2012 issue of theWestern Journal of Emergency Medicine regarding pharmacologic strategies for the management of agitated patients in the emergency setting. This article highlights several important points including the optimal management of stimulant-induced agitation and the feasibility of and reasons for differentiating acute alcohol intoxication from withdrawal, as optimal pharmacologic interventions for each might vary.

As an ophthalmologist, I was very interested in the article by Gabaeff and the response by Greeley.1,2 Greeley is familiar with the contributions Vinchon has made in this area, even referencing one of his articles. Since this response was written well after Vinchon’s paper concerning… 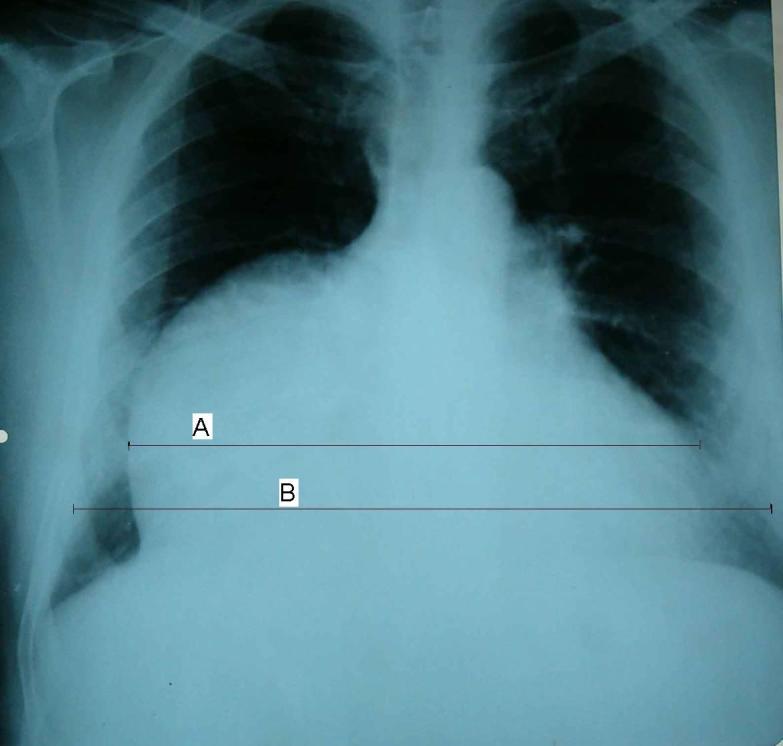 Unusual Cause of Cardiac Compression in a Trauma Patient: Cystic Thymoma

A 29-year-old man with sudden onset of dyspnea and chest pain with impairment of the general status after falling down from five meters was transferred to our emergency department. He was completely asymptomatic before the injury, but hypotensive (80/50 mmHg) and tachycardic (112 beats/minute) after the injury. Chest radiograph revealed a bulging cardiac silhouette on the right paracardiac region with an increased cardiothoracic ratio of 70%.

A 57-year-old man presented to our emergency department with altered mental status. He had a past medical history significant for cirrhosis and previous placement of a transjugular intrahepatic portosystemic shunt (TIPS). On cardiac auscultation, a new heart murmur and an unexpected degree of cardiac ectopy were noted. On the 12-lead electrocardiogram, the patient was…

Patients suffering from severe orbital trauma are at risk for numerous complications, including orbital compartment syndromes. This can result in an afferent pupillary defect, which must be evaluated for on physical examination. Unfortunately, these at-risk patients are often challenging to examine properly due to surrounding edema. Point-of-care ultrasonography can be used as an adjunct to the standard examination in this situation. 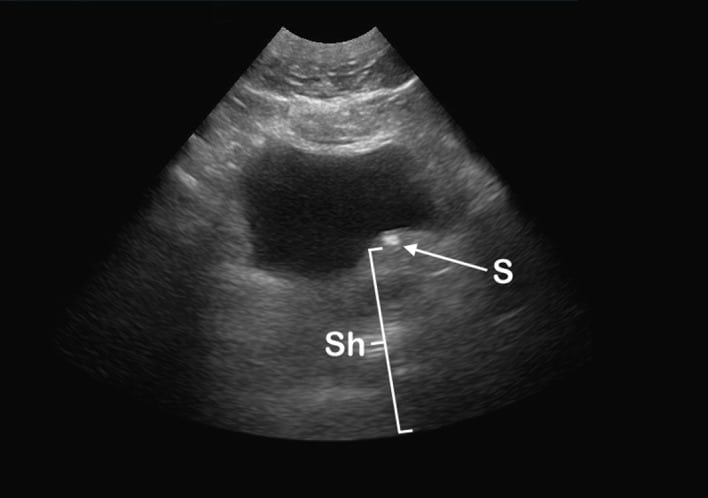 Pulmonary Hypertension, Hemoptysis and an Echocardiographic Finding of a Ventricular Septal Defect

A 63-year-old female with pulmonary hypertension presented to the emergency department (ED) with hemoptysis. Vital signs were significant for tachypnea, with respirations of 30 per minute, and hypoxia, with an oxygen saturation of 88%. Physical examination revealed a …

A 35-year-old man presented to the emergency department (ED) for acute urinary retention and penile pain for 4 hours. The patient denied any significant medical history or history of trauma. Physical exam revealed testicles that were nontender, without masses. However,…

Thyroid Evaluation in a Patient with Thyrotoxicosis with Bedside Ultrasound

This case demonstrates how EUS can be used as a rapid and helpful tool in the diagnosis of thyrotoxicosis. An enlarged thyroid gland with hypervascular flow on Doppler ultrasound can corroborate clinical data and lead to the correct diagnosis in a timelier manner. 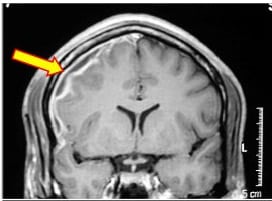 While sinusitis is a common ailment, intracranial suppurative complications of sinusitis are rare and difficult to diagnose and treat. We present a case of an immunocompetent adolescent male with a subdural empyema who presented with seizures, confusion, and focal arm weakness after a bout of sinusitis. 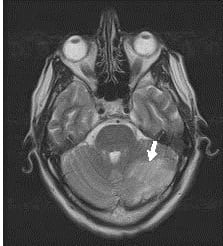 Asterixis as a Presentation of Cerebellar Ischemic Stroke

Asterixis is not yet considered a common neurological sign of cerebellum infarction, and the pathogenic mechanism for asterixis remains elusive. We report a 58-year-old male with moderate hypertension who presented to our emergency department for acute headache in both cervical and occipital regions of the left side. About 2 hours later the patient developed ipsilateral asterixis in the upper left limb; 3 days later the asterixis disappeared. Magnetic resonance imaging of the brain disclosed cerebellar infarctions at the left superior cerebellar artery.

Severe Neck Pain with Fever: Is it Meningitis?

A 58-year-old male patient presented to the emergency department with complaints of severe neck pain. He admitted to drug use but denied using intravenous (IV) drugs. On exam, he had a fever of 100.7°F, positive Kernig’s sign, and normal neurologic exam. The patient was suspected to have bacterial meningitis and was started on IV antibiotics. The next day the patient developed decreased hand grip. Magnetic resonance imaging of the spine the next day showed a soft-tissue mass impinging on the spinal canal. The patient was subsequently taken to the operating room where the epidural abscess was drained.

Thyrotoxic periodic paralysis (TPP) attacks are characterized as recurrent, transient episodes of muscle weakness that range from mild weakness to complete flaccid paralysis. In this case study, we followed a patient’s potassium levels analyzing how they correlate with electrocardiogram changes seen while treating his hypokalemia and ultimately his paralysis. 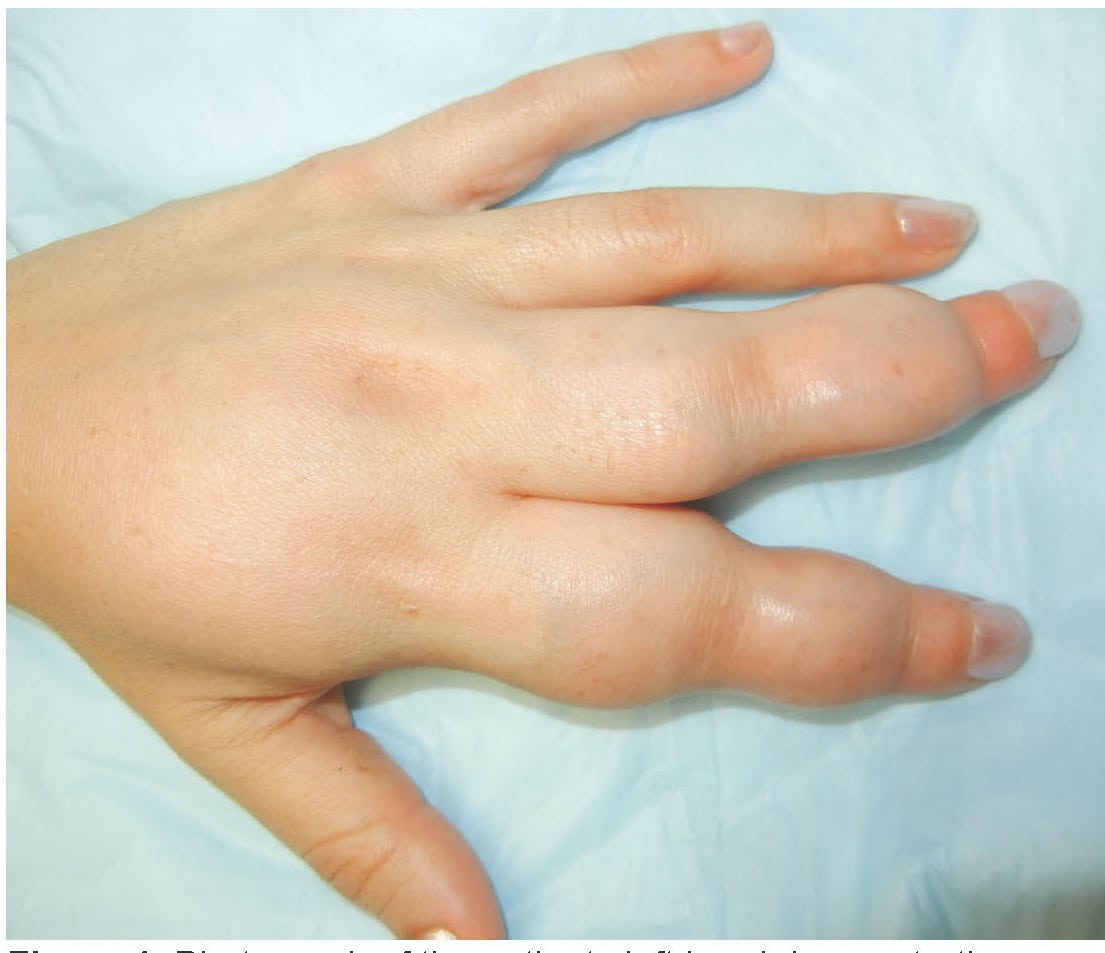 One in a Million: A Case of Arm and Leg Pain and Deformity

A 38-year-old Hispanic woman with no known past medical or family history presented to the emergency department with severe, intractable left upper and lower extremity pain and inability to walk for 2 days. The woman reported a history of chronic, progressive left hand, arm, and leg deformity over the previous 2 years with episodic flares of severe pain. Physical exam… 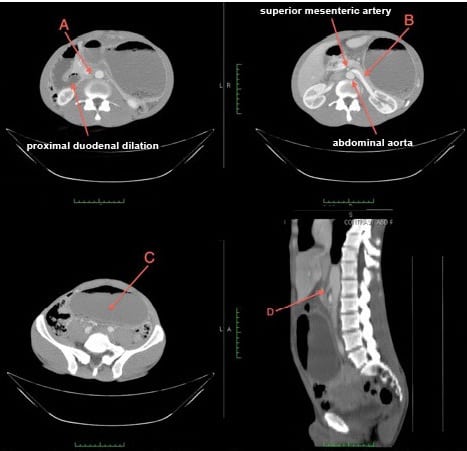 Superior mesenteric artery (SMA) syndrome is a rare cause of abdominal pain, nausea and vomiting that may be undiagnosed in patients presenting to the emergency department (ED). We report a 54-year-old male presenting to a community ED with abdominal pain and the subsequent radiographic findings.The patient’s computed tomgraphy (CT) of the abdomen and pelvis demonstrates many of the hallmark findings consistent with SMA syndrome, including; compression of the duodenum between the abdominal aorta and superior mesenteric artery resulting in intestinal obstruction, dilation of the left renal vein, and gastric distension. 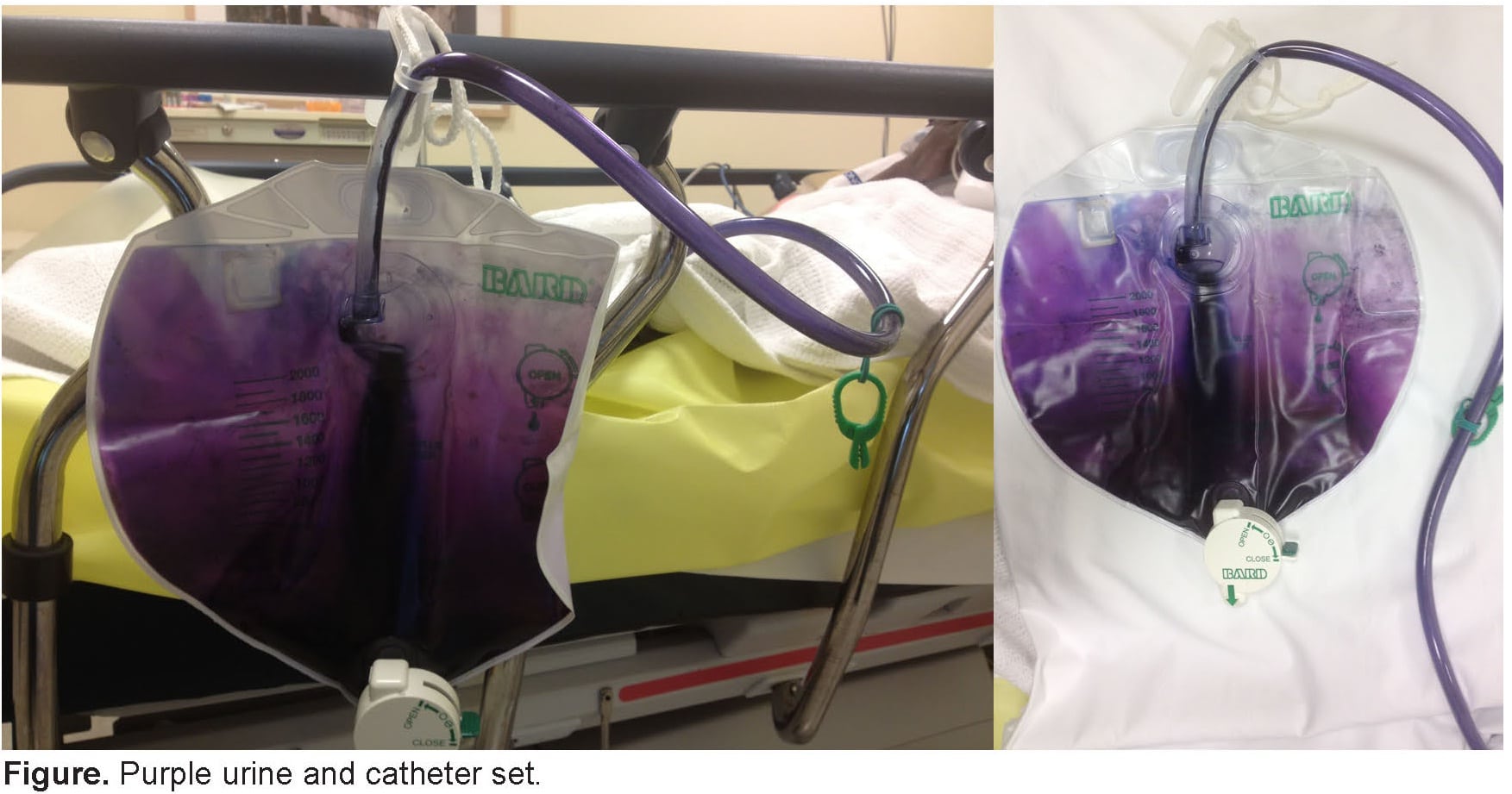 A 67-year-old woman presented to the emergency department in congestive heart failure. She also had a history of transverse myelitis, which had caused her to be bedbound with an indwelling urinary catheter. During the physical examination, the urine in her Foley tubing and bag were noted to be bright purple. When asked… 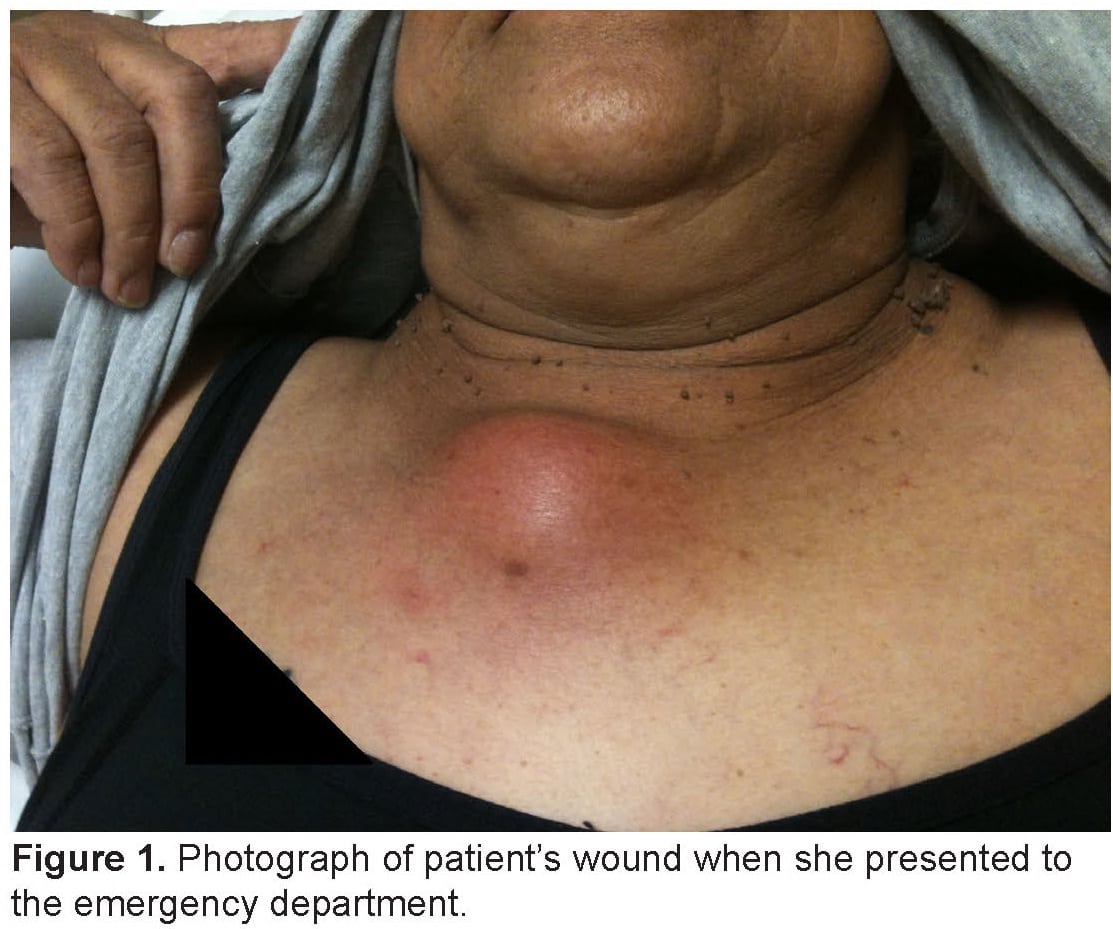 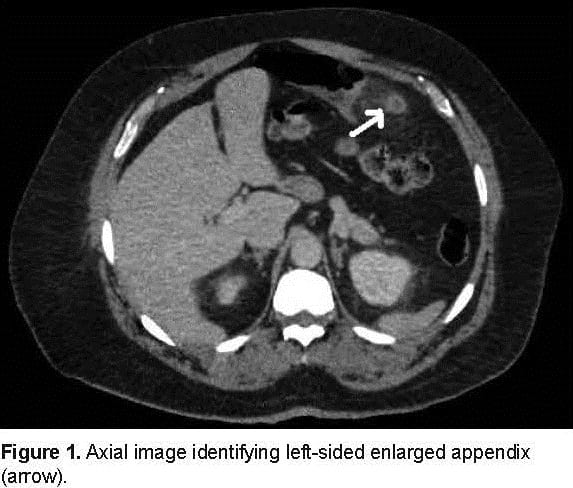 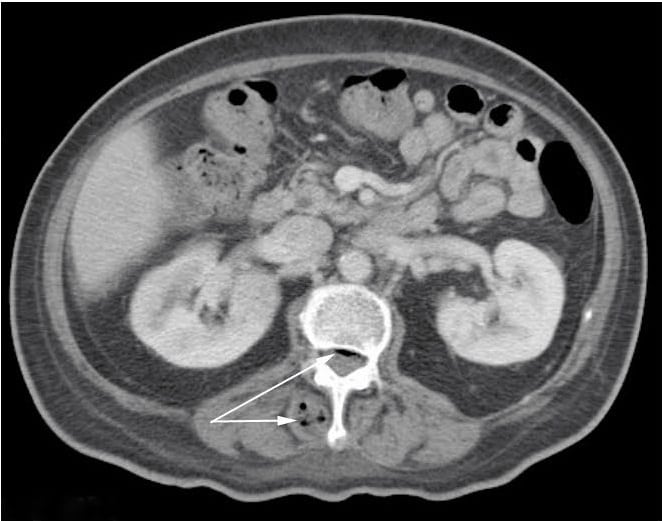 A 50-year-old woman with a history of non-insulin dependent diabetes mellitus (NIDDM) presented to the emergency department (ED) with right hip pain for 1 week. The pain was described as constant, non-radiating, and worse with weight bearing. She denied any trauma, fevers, intravenous drug use, or recent surgery. Physical exam revealed… 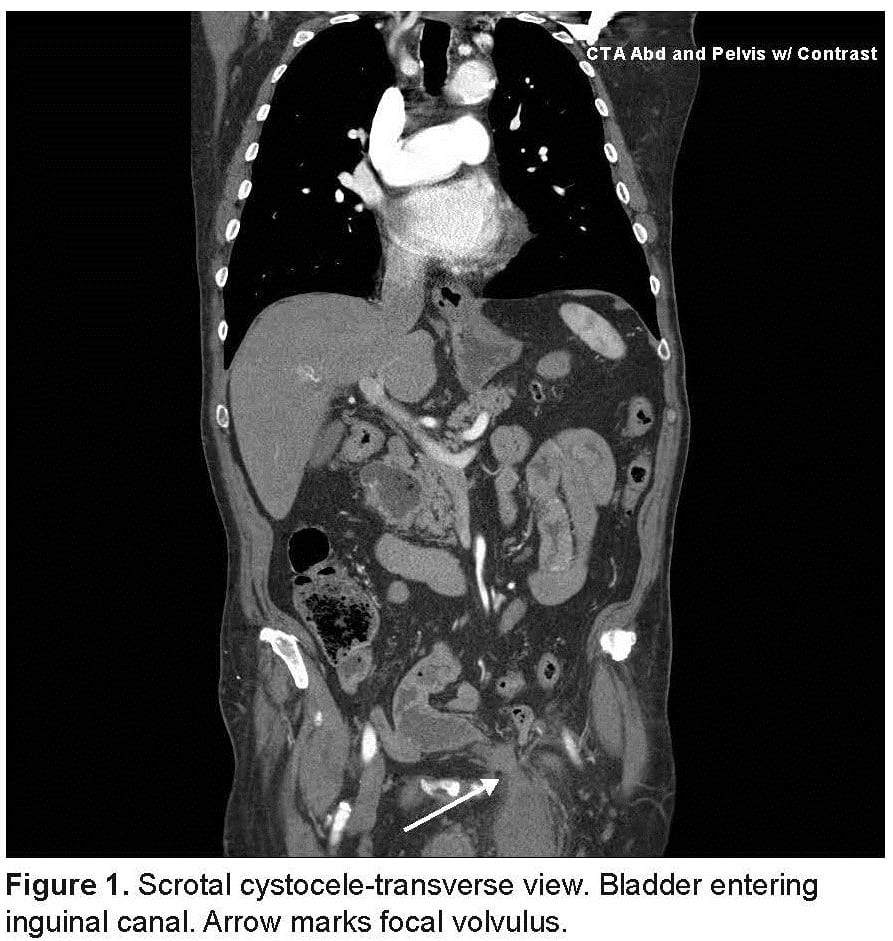 Definitely NOT Just another Hernia

A 77-year-old male presented to our emergency department (ED) with a 3-hour history of acute severe lower abdominal pain, inability to void, a swollen scrotum, and one episode of vomiting. His relevant past medical history included: hypertension, diabetes mellitus, and distant right inguinal hernia repair. Vital signs were: 96.4° F, 101, 22, and 205/90. Examination revealed a… 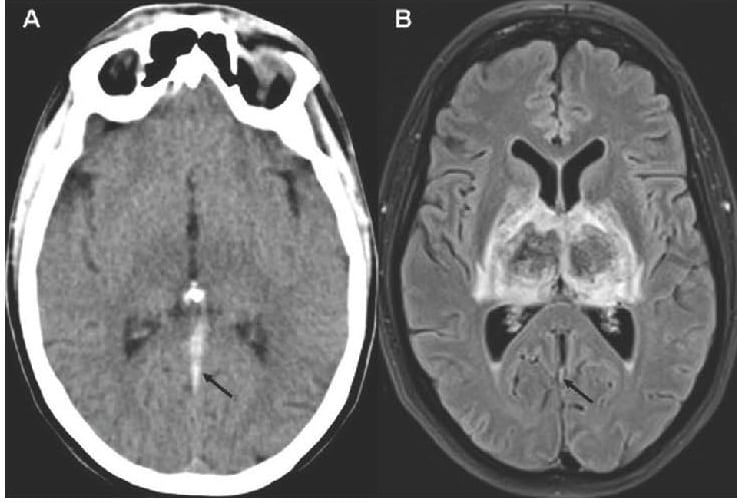 A 35-year-old woman, without previous medical history except oral contraception, presented with sudden onset of stupor and clonic perseveration in the upper limbs. She was aphasic, but communicated by vertical movements of the head. Unenhanced brain computed tomography (CT) demonstrated…