This was a prospective, observational study of experienced certified emergency nurses attempting ultrasound-guided small vessel cannulation on a vascular access phantom. We conducted a standardized training, practice, and experiment session for each participant. Five long-axis and five short-axis approaches were attempted in alternating sequence. The primary outcome was time to vessel penetration. Secondary outcomes were number of skin penetrations and number of catheter redirections. We compared long-axis and short-axis approaches using multivariable regression adjusting for repeated measures, vessel depth, and vessel caliber.

Many emergency department (ED) patients are characterized as having difficult peripheral intravenous (IV) access due to underlying medical conditions, such as obesity, dehydration, and a history of intravenous drug abuse. Historically, failed attempts at peripheral IV access lead to physician-attempted central venous access. However, placing central venous catheters is costly and puts patients at increased risk for complications.1

An alternative for those with difficult IV access is the placement of IV peripheral catheters under ultrasound guidance. Prior studies have shown that physicians, nurses, and technologists can use ultrasound guidance to obtain successful peripheral venous access when landmark approaches have failed.2-4 However, suboptimal technique leads to unnecessary early complications and morbidity; including posterior wall penetration, arterial punctures, hematoma formation, excessive needle punctures and redirections within the skin, and delays in obtaining access.5 Long-axis and short-axis approaches remain the primary methods for ultrasound guidance. Each has distinct advantages and disadvantages that may either increase or decrease complications.6

To our knowledge, there are only a few prior studies comparing long-axis and short-axis approaches. These studies found short-axis to be faster, but each reported different times to vessel penetration and complications.7-9 Ultrasound-guided vessel cannulation requires combining skills in cannulation and ultrasound usage. Prior studies were potentially confounded by the inclusion of sonographers with varying proficiency with standard landmark IV placement. Studying ultrasound-guided approaches may be improved by removing inexperience in placing peripheral lines as a confounding factor.

This was a prospective observational study of novice sonographers performing vessel penetration on block phantom models designed to simulate peripheral vessels to assess the performance of long-axis and short-axis approaches. The novice sonographers were proficient in placing landmark-guided peripheral intravenous lines. The Colorado Multiple Institutional Review Board approved this study.

The inclusion criteria were full-time nurses at our institution who were both registered nurses and certified emergency nurses who had no prior hands-on ultrasound experience. Denver Health Medical Center is a Level I trauma center with an annual census of approximately 55,000 annual ED patient visits. All certified emergency nurses at our institution have extensive experience with the technical skill of obtaining landmark-based IV access.

All data were collected over two consecutive days. Each subject received one hour of didactics followed by hands-on instruction by the principal study investigator. The didactic session included a description of ultrasound physics, transducer orientation, vessel identification, and techniques for performing ultrasound guidance of vessel penetration. Each subject practiced vessel identification without attempting cannulation on a volunteer human model to demonstrate proficiency with both approaches. Following didactics and the hands-on training, each subject was given two practice attempts on a single phantom model.

Immediately following the two practice attempts, subjects performed 10 vessel penetrations using ultrasound guidance, alternating between using long-axis and short-axis approaches. Subjects, blinded to the study question, could initially decide which axis approach to begin with, but subsequent attempts followed an alternating sequence. Only one short-axis and one long-axis approach were attempted on each block phantom before moving on to the next block phantom. Subjects were not allowed to access the same vessel twice. Additionally, once a vessel was identified, and the first skin puncture attempted, subjects could not change the axis approach or the target vessel.

Two first-year emergency medicine residents blinded to the study purpose and trained by the principal investigator performed data collection. Residents were trained by the principal investigator in data collection on the same model until no errors were made in data collection. They recorded time to vessel penetration, number of skin penetrations, and number of catheter redirections. They also confirmed that when the flash was visualized, ultrasound images confirmed that the needle tip was in the vessel lumen. After successful vessel penetration, the observer measured the target vessel’s depth and caliber using the ultrasound machine. The reference point under which measurements were obtained was the point of catheter entry into the target vessel. We defined vessel depth as the distance from the phantom’s surface to the anterior wall of the target vessel. Vessel caliber was defined as the distance from the anterior to posterior wall of the target vessel.

We also performed multivariable analyses to evaluate the relationship between long-axis and short-axis approaches and the outcomes, while adjusting for repeated measures and potential confounders. The comparison of long-axis versus short-axis for the primary outcome of time to vessel penetration was performed using a multivariable linear mixed model accounting for two within subject repeated measures, namely axis and attempts.11 We adjusted the model for vessel depth and vessel caliber to control for potential confounding. Additionally, the outcome of time to vessel penetration was log transformed to address non-normal residuals. Interaction terms were not evaluated in the model. For the secondary outcomes of skin penetration and catheter redirection, we performed a multivariable generalized linear model with a Poisson distribution accounting for the two within subject repeated measures of axis and attempts. The model was again adjusted for vessel depth and vessel caliber, and no interaction terms were evaluated in this secondary model. Significance was defined as p <0.05 for all analyses. No adjustment for multiple comparisons was performed, nor did we performa priori power calculation. All statistical analyses were performed using SAS Version 9.2 (SAS Institute, Inc., Cary, NC) or Stata Version 10.1 (Stata Corporation, College Station, TX). 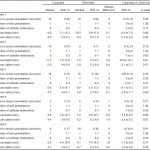 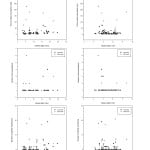 Obtaining rapid peripheral IV access is essential for diagnosis and treatment in many ED patients. For patients with difficult IV access, peripheral access using ultrasound guidance has been shown to be an effective alternative to central venous access.2,12,13 Long-axis and short-axis are the two primary approaches to ultrasound guidance of vessel cannulation; however, the optimal approach remains unclear. Our results show that in novice sonographers proficient in landmark placed peripheral catheters, long-axis was 32% faster than short-axis in time to vessel cannulation. Although statistically significant, a 32% improvement in speed translates to only three seconds improvement if 10 seconds is used as the baseline. This suggests no clinically significant difference in our subject population. Number of skin penetrations and catheter redirections were optimal for both approaches.

Blaivas et al. compared directly long-axis versus short-axis in novice sonographers using a phantom model.8 This study found that the short-axis approach was almost three minutes faster than the long-axis approach (mean 2.4 minutes short-axis versus 5.0 minutes long-axis), but they noted that average skin penetrations (mean 4 short-axis versus 6 long-axis) and catheter redirections (mean 14 short-axis versus 18 long-axis) were similar. Our results differ in that our time to vessel penetration was within seconds, not minutes, despite similar definitions of the outcome time to vessel penetration; and that the approach did not significantly influence time to vessel penetration. Additionally, our median skin penetrations and catheter redirections were nearly optimal for both long-axis and short-axis approaches. Although model and ultrasound machine differences may have played a part in these differences, one condition of our study was that all novice sonographers were expert in the technique of landmark-based peripheral IV placement. A potential explanation is that our optimal outcomes were a result of studying subjects proficient in landmark-based peripheral IV placement. Blaivas et al. used emergency medicine residents, and their technical proficiency with IV placement was unclear.

Mahler et al. published a randomized trial comparing short-axis and long-axis approaches on live patients with four practitioners (half of whom were ED nurses) experienced with ultrasound-guided IV access.7 Although also not statistically significant, they found that short-axis was faster than long-axis (median 34 seconds short-axis versus 91 seconds long-axis) for insertion time, defined as time from first needle stick to blood return in catheter. Numbers of skin penetrations were similar (mean 1.5 short-axis versus 1.4 long-axis). Perhaps again, one explanation for their results showing faster access times and fewer complications in comparison with Blaivas et al. is the inclusion of ED nurses who were likely proficient in landmark-based peripheral IV placement.8

Stone et al. studied long-axis versus short-axis in 22 medical students and 17 emergency medicine interns using similar block phantoms.9 Their outcomes were time to visible artificial blood in syringe and, separately, needle-tip visibility based on still images taken at the time of initial artificial blood flash. Time to flash was again faster for short-axis (12.4 seconds) versus long-axis (14.8 seconds), though not statistically significant. Different from our study, confirmation of needle-tip visibility in vessel lumen was not necessary for the time outcome. In fact, based on still images needle tip was only visible in 62% of long-axis attempts and 23% of short-axis attempts. Our results, which showed 100% success in visualizing needle tip in vessel lumen, are potentially related to our use of real-time ultrasound and direct observation as opposed to single still images.

We caution that while our study may provide evidence that practitioners proficient in landmark-based peripheral IV placement can perform ultrasound-guided small vessel penetration in both long axis and short axis with similar rates of vessel penetration, it does not provide evidence that proficiency with landmark-based peripheral IV placement is critical for performing ultrasound guided small vessel cannulation. Our study did not directly address this hypothesis; however, we believe this is an important hypothesis that may benefit from future investigation. We also believe the additional studies with a more robust subject population and with live models or patients, potentially classified as “difficult access” patients, would be useful to expand knowledge in the area of ultrasound guided peripheral access.

One limitation is that our study was performed on a simulated model, not live humans. Although our model is commonly used for teaching purposes, it may not fully simulate the comparable human experience. Ultrasound is most frequently used when patients have had numerous attempts to obtain access (i.e., the difficult access patient). The block model may have important differences compared to this specific population. Our sample size of subjects was small, thus may not be representative of novice sonographers proficient with the technical aspect of IV placement. Our observers who performed data collection were ultrasound interested and had completed the residency ultrasound procedure requirement; however, it is possible with highly specialized ultrasound attending physicians that data collection would be more accurate.

There may be additional, important reasons to prefer short-axis or long-axis in the placement of peripheral IV catheters not considered in our study, including but not limited to sonographer preference, patient factors, ability to visualize needle tip.6,9 Considering additional factors on a per patient basis is important when deciding on the best approach.

It is possible that our definition of successful vessel penetration (an initial “flash” of artificial blood in the catheter chamber and visualization of the needle tip on ultrasound images) may not always represent appropriate placement in the vessel lumen as threading the catheter will increase time to securing a peripheral IV. Specifically, in the short-axis view, sometimes the needle shaft is mistaken for the needle tip within the vessel, and the needle tip has already traveled outside the vessel. It is unclear how frequently this may have occurred. We chose time to vessel penetration because it can be more difficult to thread a small catheter on a phantom model than it is on live subjects; and this is also a potential limitation. This would bias our results by overinflating our success rate and shortening our time to vessel penetration.