While great strides have been made in diagnostic and treatment strategies, human immunodeficiency
virus (HIV) remains a major public health epidemic. The Centers for Disease Control and Prevention
(CDC) Morbidity and Mortality Weekly Report article, “Vital Signs: HIV Diagnosis, Care, and Treatment
Among Persons Living with HIV – United States, 2011,” highlights current areas of concern regarding
HIV diagnosis and care. The CDC estimates that 1.2 million people in the U.S. are living with HIV.
Of them, 86% have received a diagnosis (14% remain undiagnosed and unaware), but only 40%
are engaged in care and a mere 30% are virally suppressed. Emergency departments (EDs) can
play a major role in combatting the HIV epidemic through regular screening and facilitating linkage
to chronic HIV care. Universal opt-out screening as recommended by the CDC in 2006 has been
shown to be effective but expensive, and has not been widely implemented in EDs nationwide. Costeffective
models and a renewed commitment from ED providers are needed to enhance ED-based HIV
containment strategies.

The Centers for Disease Control and Prevention (CDC) has published significant data and trends
related to the rising epidemic of usage of alternate forms of tobacco among the nation’s youth.
For the first time ever, the use of the electronic cigarette (e-cigarrette) has surpassed traditional
cigarette usage in adolescents. E-cigarettes are battery-operated products designed to deliver
aerosolized nicotine and other flavors to the consumer. Most look like conventional cigarettes
but some resemble everyday items such as pens, USB drives, and memory sticks. In the
following article, we present findings from the CDC’s Morbidity and Mortality Weekly Report with
commentary on the state of this growing epidemic and barriers to effective screening methods.

Distracted Driving, A Major Preventable Cause of Motor Vehicle Collisions: “Just Hang Up and Drive”

For years, public health experts have been concerned about the effect of cell phone use on motor
vehicle collisions, part of a phenomenon known as “distracted driving.” The Morbidity and Mortality
Weekly Report (MMWR) article “Mobile Device Use While Driving – United States and Seven European
Countries 2011” highlights the international nature of these concerns. Recent (2011) estimates from
the National Highway Traffic Safety Administration are that 10% of fatal crashes and 17% of injury
crashes were reported as distraction-affected. Of 3,331 people killed in 2011 on roadways in the U.S.
as a result of driver distraction, 385 died in a crash where at least one driver was using a cell phone.
For drivers 15-19 years old involved in a fatal crash, 21% of the distracted drivers were distracted by
the use of cell phones. Efforts to reduce cell phone use while driving could reduce the prevalence of
automobile crashes related to distracted driving. The MMWR report shows that there is much ground to
cover with distracted driving. Emergency physicians frequently see the devastating effects of distracted
driving on a daily basis and should take a more active role on sharing the information with patients,
administrators, legislators, friends and family.

The Centers for Disease Control and Prevention (CDC) has published significant data trends related to substance abuse involving opioid pain relievers (OPR), benzodiazepines and alcohol in the United States. The CDC describes opioid misuse and abuse as an epidemic, with the use of OPR surpassing that of illicit drugs.

The Centers for Disease Control and Prevention (CDC) has published significant data and trends related to suicide rates in the United States (U.S.). Suicide is the 10th leading cause of death in U.S. adults, and rates are increasing across all geographic regions. There is a significant increase in the suicide rate among adults in the 35–64 age range. We present findings from the CDC’s Morbidity and Mortality Weekly Report (MMWR) with commentary on current resources and barriers to psychiatric care.

To describe the epidemiology and characteristics of emergency department (ED) visits by older adults for motor vehicle collisions (MVC) in the United States (U.S.).

In 2009 the Centers for Disease Control and Prevention reported that there were 33 million licensed drivers 65 years and older in the U.S. This represents a 23 percent increase from 1999, a number that is predicted to double by 2030. Although motor vehicle collisions related to emergency department visits for older adults are lower per capita than for younger adults, the older-adults MVCs require more resources, such as additional diagnostic imaging and increased odds of admission. 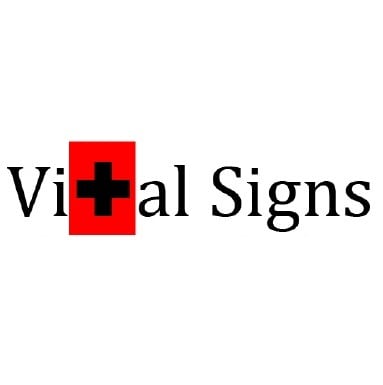