End-tidal CO2 Monitoring is Available in Most Community Hospitals in a Rural State: A Health System Survey

Procedural sedation and analgesia (PSA) provides safe and effective relief for pain, anxiety and discomfort during procedures performed in the emergency department (ED). Our objective was to identify hospital-level factors associated with routine PSA capnography use in the ED.

Many patients with atrial fibrillation or atrial flutter (AF/FL) who are high risk for ischemic stroke are not receiving evidence-based thromboprophylaxis. We examined anticoagulant prescribing within 30 days of receiving dysrhythmia care for non-valvular AF/FL in the emergency department (ED).

In this issue of WestJEM, Smith and colleagues present a prospective observational evaluation of anticoagulation prescribing practices in non-valvular AF. Patients presenting to one of seven Northern California EDs with AF at high risk for stroke were eligible unless admitted, not part of Kaiser Permanente of Northern California (KPNC), or already prescribed anticoagulation

Radial Arterial Lines Have a Higher Failure Rate than Femoral

This is an ambispective, observational, cohort study to determine variance in failure rates between femoral and radial arterial lines. This study took place from 2012 to 2016 and included all arterial lines placed in adult patients at a single institution.

Miscommunication during inter-unit handoffs between emergency and internal medicine physicians may jeopardize patient safety. Our goal was to evaluate the impact of a structured communication strategy on the quality of admission handoffs.

Knowledge Translation of the PERC Rule for Suspected Pulmonary Embolism: A Blueprint for Reducing the Number of CT Pulmonary Angiograms

There are established and validated clinical decision tools for cervical spine clearance. Almost all the rules include spinal tenderness on exam as an indication for imaging. Our goal was to apply GLASS, a previously derived clinical decision tool for cervical spine clearance, to thoracolumbar injuries. GLass intact Assures Safe Spine (GLASS) is a simple, objective method to evaluate those patients involved in motor vehicle collisions and determine which are at low risk for thoracolumbar injuries.

Antimicrobial Therapy for Pneumonia in the Emergency Department: The Impact of Clinical Pharmacists on Appropriateness

Pneumonia impacts over four million people annually and is the leading cause of infectious disease-related hospitalization and mortality in the United States. Appropriate empiric antimicrobial therapy decreases hospital length of stay and improves mortality. The objective of our study was to test the hypothesis that the presence of an emergency medicine (EM) clinical pharmacist improves the timing and appropriateness of empiric antimicrobial therapy for community-acquired pneumonia (CAP) and healthcare-associated pneumonia (HCAP).

However, little is known about the field availability or accuracy of information of chronic health conditions or chronic medication treatments in emergent circumstances, especially when the patient cannot serve as an information resource. We evaluated the prehospital availability and accuracy of specific chronic health conditions and medication treatments among out-of-hospital cardiac arrest (OHCA) patients.

Less than half of patients with a chest pain history indicative of acute coronary syndrome have a diagnostic electrocardiogram (ECG) on initial presentation to the emergency department. The physician must dissect the ECG for elusive, but perilous, characteristics that are often missed by machine analysis.

Over the past 15 years, violent threats and acts against hospital patients, staff, and providers have increased and escalated.

U.S. Food and Drug Administration: Review for the Emergency Physician of Approval Process and Limitations

Emergency physicians (EP) frequently are exposed to promotion for drugs and devices through professional organizations and meetings, journals, and direct-to-consumer pharmaceutical advertising (DTCPA). To provide optimum patient care through evidence-based medicine, it is critical to be aware of the processes that regulate these drugs.

The value of using patient- and physician-identified quality assurance (QA) issues in emergency medicine remains poorly characterized as a marker for emergency department (ED) QA. The objective of this study was to determine whether evaluation of patient and physician concerns is useful for identifying medical errors resulting in either an adverse event or a near-miss event. 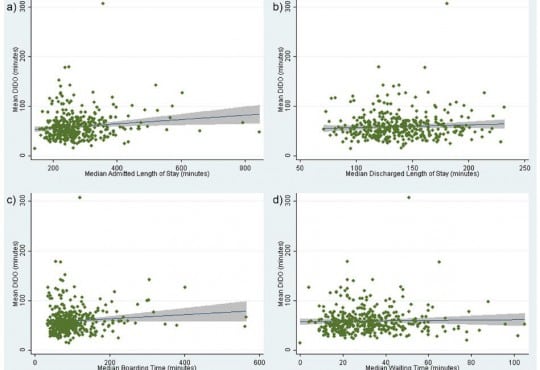 Introduction: With the majority of U.S. hospitals not having primary percutaneous coronary intervention
(pPCI) capabilities, the time spent at transferring emergency departments (EDs) is predictive of clinical
outcomes for patients with ST-elevation myocardial infarction (STEMI). Compounding the challenges
of delivering timely emergency care are the known delays caused by ED crowding. However, the
association of ED crowding with timeliness for patients with STEMI is unknown. We sought to examine
the relationship between ED crowding and time spent at transferring EDs for patients with STEMI.
Methods: We analyzed the Centers for Medicare and Medicaid Services (CMS) quality data. The
outcome was time spent at a transferring ED (i.e., door-in-door-out [DIDO]), was CMS measure OP-3b for
hospitals with ≥10 acute myocardial infarction (AMI) cases requiring transfer (i.e., STEMI) annually: Time
to Transfer an AMI Patient for Acute Coronary Intervention. We used four CMS ED timeliness measures
as surrogate measures of ED crowding: admitted length of stay (LOS), discharged LOS, boarding time,
and waiting time. We analyzed bivariate associations between DIDO and ED timeliness measures. We
used a linear multivariable regression to evaluate the contribution of hospital characteristics (academic,
trauma, rural, ED volume) to DIDO.
Results: Data were available for 405 out of 4,129 hospitals for the CMS DIDO measure. These facilities
were primarily non-academic (99.0%), non-trauma centers (65.4%), and in urban locations (68.5%). Median
DIDO was 54.0 minutes (IQR 42.0,68.0). Increased DIDO time was associated with longer admitted
LOS and boarding times. After adjusting for hospital characteristics, a one-minute increase in ED LOS at
transferring facilities was associated with DIDO (coefficient, 0.084 [95% CI [0.049,0.119]]; p<0.001). This
translates into a five-minute increase in DIDO for every one-hour increase in ED LOS for admitted patients.
Conclusion: Among patients with STEMI presenting to U.S. EDs, we found that ED crowding has a
small but operationally insignificant effect on time spent at the transferring ED. 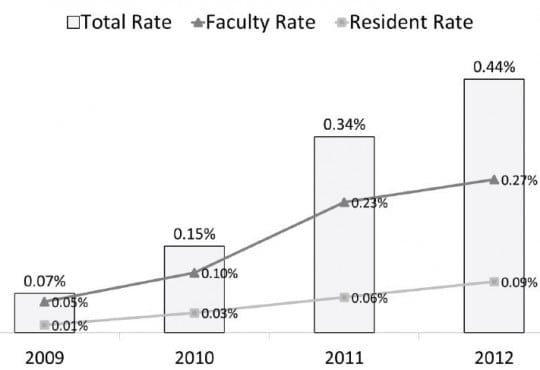 Introduction: Medical errors are frequently under-reported, yet their appropriate analysis, coupled
with remediation, is essential for continuous quality improvement. The emergency department (ED) is
recognized as a complex and chaotic environment prone to errors. In this paper, we describe the design
and implementation of a web-based ED-specific incident reporting system using an iterative process.
Methods: A web-based, password-protected tool was developed by members of a quality assurance
committee for ED providers to report incidents that they believe could impact patient safety.
Results: The utilization of this system in one residency program with two academic sites resulted
in an increase from 81 reported incidents in 2009, the first year of use, to 561 reported incidents
in 2012. This is an increase in rate of reported events from 0.07% of all ED visits to 0.44% of all
ED visits. In 2012, faculty reported 60% of all incidents, while residents and midlevel providers
reported 24% and 16% respectively. The most commonly reported incidents were delays in care and
management concerns.
Conclusion: Error reporting frequency can be dramatically improved by using a web-based, user friendly,
voluntary, and non-punitive reporting system.

Accuracy of ‘My Gut Feeling:’ Comparing System 1 to System 2 Decision-Making for Acuity Prediction, Disposition and Diagnosis in an Academic Emergency Department

Introduction: Current cognitive sciences describe decision-making using the dual-process theory,
where a System 1 is intuitive and a System 2 decision is hypothetico-deductive. We aim to compare
the performance of these systems in determining patient acuity, disposition and diagnosis.
Methods: Prospective observational study of emergency physicians assessing patients in the
emergency department of an academic center. Physicians were provided the patient’s chief
complaint and vital signs and allowed to observe the patient briefly. They were then asked to predict
acuity, final disposition (home, intensive care unit (ICU), non-ICU bed) and diagnosis. A patient was
classified as sick by the investigators using previously published objective criteria.
Results: We obtained 662 observations from 289 patients. For acuity, the observers had a sensitivity
of 73.9% (95% CI [67.7-79.5%]), specificity 83.3% (95% CI [79.5-86.7%]), positive predictive value
70.3% (95% CI [64.1-75.9%]) and negative predictive value 85.7% (95% CI [82.0-88.9%]). For final
disposition, the observers made a correct prediction in 80.8% (95% CI [76.1-85.0%]) of the cases.
For ICU admission, emergency physicians had a sensitivity of 33.9% (95% CI [22.1-47.4%]) and a
specificity of 96.9% (95% CI [94.0-98.7%]). The correct diagnosis was made 54% of the time with
the limited data available.
Conclusion: System 1 decision-making based on limited information had a sensitivity close to 80%
for acuity and disposition prediction, but the performance was lower for predicting ICU admission
and diagnosis. System 1 decision-making appears insufficient for final decisions in these domains
but likely provides a cognitive framework for System 2 decision-making. 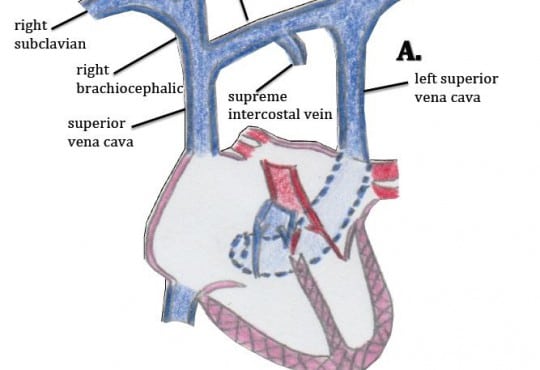 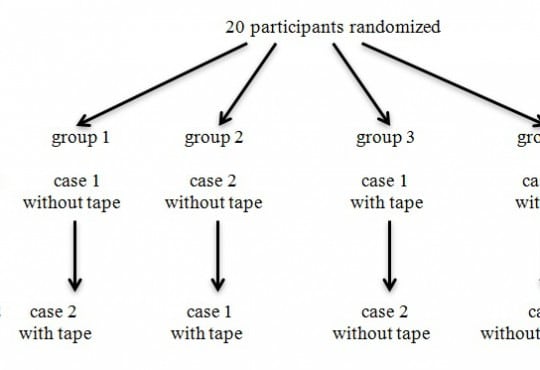 Introduction: The objective is to evaluate the accuracy of medication dosing and the time to
medication administration in the prehospital setting using a novel length-based pediatric emergency
resuscitation tape.
Methods: This study was a two-period, two-treatment crossover trial using simulated pediatric
patients in the prehospital setting. Each participant was presented with two emergent scenarios;
participants were randomized to which case they encountered first, and to which case used the
National Park Service (NPS) emergency medical services (EMS) length-based pediatric emergency
resuscitation tape. In the control (without tape) case, providers used standard methods to determine
medication dosing (e.g. asking parents to estimate the patient’s weight); in the intervention (with
tape) case, they used the NPS EMS length-based pediatric emergency resuscitation tape. Each
scenario required dosing two medications (Case 1 [febrile seizure] required midazolam and
acetaminophen; Case 2 [anaphylactic reaction] required epinephrine and diphenhydramine). Twenty
NPS EMS providers, trained at the Parkmedic/Advanced Emergency Medical Technician level,
served as study participants.
Results: The only medication errors that occurred were in the control (no tape) group (without tape:
5 vs. with tape: 0, p=0.024). Time to determination of medication dose was significantly shorter
in the intervention (with tape) group than the control (without tape) group, for three of the four
medications used. In case 1, time to both midazolam and acetaminophen was significantly faster in
the intervention (with tape) group (midazolam: 8.3 vs. 28.9 seconds, p=0.005; acetaminophen: 28.6
seconds vs. 50.6 seconds, p=0.036). In case 2, time to epinephrine did not differ (23.3 seconds vs.
22.9 seconds, p=0.96), while time to diphenhydramine was significantly shorter in the intervention
(with tape) group (13 seconds vs. 37.5 seconds, p<0.05).
Conclusion: Use of a length-based pediatric emergency resuscitation tape in the prehospital setting
was associated with significantly fewer dosing errors and faster time-to-medication administration in
simulated pediatric emergencies. Further research in a clinical field setting to prospectively confirm
these findings is needed. 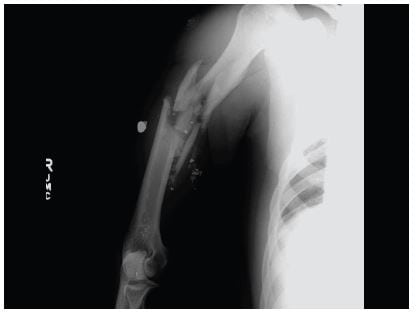 Ultrasound-guided nerve blocks are quickly becoming integrated into emergency medicine practice for pain control and as an alternative to procedural sedation. Common, but potentially catastophic errors have not been reported outside of the anesthesiology literature. Evaluation of the brachial plexus with color Doppler should be standard for clinicians performing a supraclavicular brachial plexus block to determine ideal block location and prevention of inadvertant intravascular injection.