Shot in the Heart

He was taken emergently to the operating room (OR) for exploration where he was found to have a ventricular septal defect (VSD), which was repaired. After a prolonged hospital stay, he was discharged to a long-term acute care facility for ventilator weaning. This patient is no longer dependent on the ventilator and is neurologically intact with a Glasgow Coma Scale of 15 and a Modified Rankin Scale of zero. He currently lives with a retained bullet fragment in his right ventricle. Traumatic VSD is a rare occurrence in cases of penetrating cardiac injury, with an incidence of only 1% to 5%.1 In patients who respond to resuscitation, as evidenced by systolic blood pressure >60mmHg to <100mmHg, there is evidence that they would benefit from emergency thoracotomy (ET [immediate thoracotomy performed in the OR]), as opposed to ED thoracotomy (EDT [immediate thoracotomy performed in the ED]). In these patients, survival can reach 75% to hospital discharge. Those patients who do not respond to the initial resuscitative effort have only a 25% survival rate after an EDT.2 Ultrasonography, performed during the initial survey of a trauma patient, has promise as a diagnostic modality for a variety of foreign bodies with a sensitivity and specificity of 96.7% and 70%, respectively.3 The chest film in the trauma bay showed a bullet fragment overlaying the cardiac shadow; however, given that only a single anteroposterior view was obtained it was difficult to ascertain the exact location of the bullet fragment. The use of ultrasound has the ability to detect intracardiac foreign bodies. 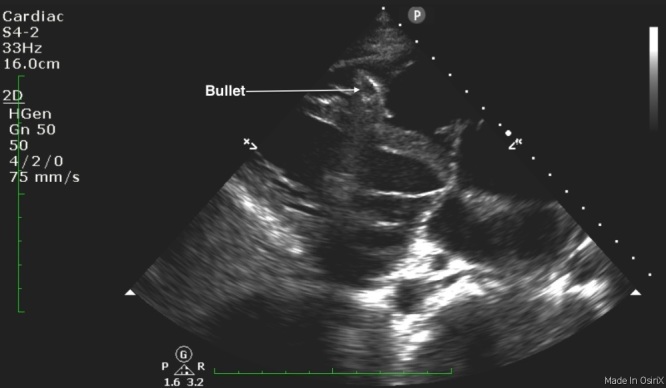 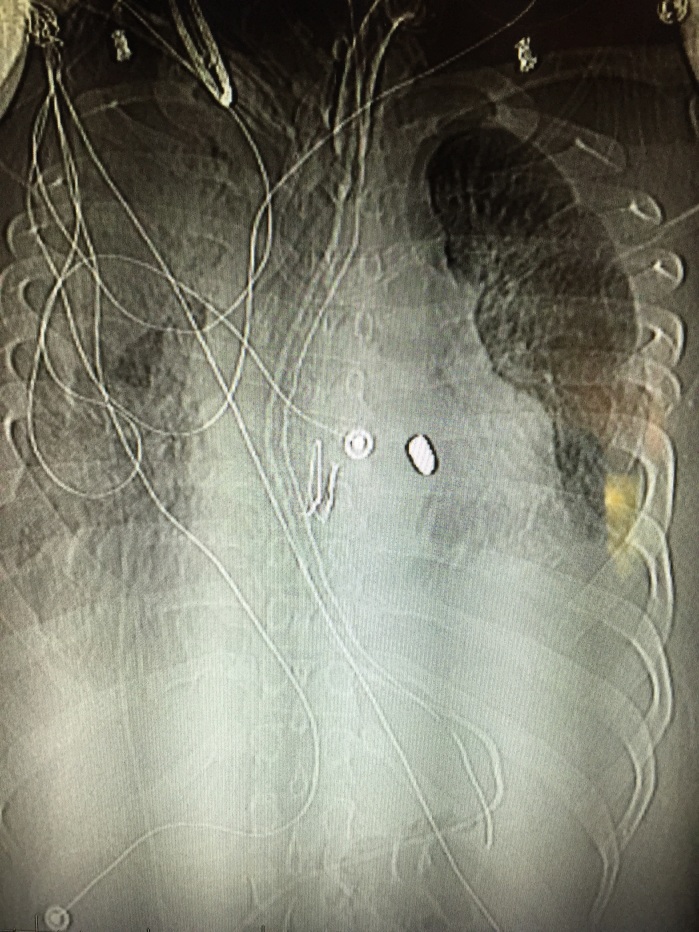 A Case of a Missing Proximal Humerus