Targeting Implicit Bias in Medicine: Lessons from Art and Archaeology

We propose an innovative exercise that allows trainees to explore implicit bias outside of the clinical environment, in an interdisciplinary manner with museum anthropologists and archaeologists. The curriculum was designed with leaders at the Penn Museum and focuses on differentiating between objective and subjective assessments of historical objects.

Back in My Day: A Journal Club Using Landmark Articles for Emergency Medicine-Bound Medical Students

Asteroids® and Electrocardiograms: Proof of Concept of a Simulation for Task-Switching Training

Our objective was to evaluate the potential of a video game for simulating the cognitive demands required of task-switching.

We developed a multi-modal, learner-driven, interactive curriculum to address the unique nonclinical challenges senior EM residents face during the transition from residency to independent practice.

52 Procedures in 52 Weeks: An Innovative Curriculum for Emergency Medicine Residents

It has been a challenge to assess communication and professional values Milestones in emergency medicine (EM) residents using standardized methods, as mandated by the Accreditation Council for Graduate Medical Education (ACGME). This paper outlines an innovative method of assessing these Milestones using an established instructional method.

Emergency Medicine Student End-of-Rotation Examinations: Where Are We Now?

The objectives for this educational innovation were to 1) implement a team-based model of a M4 student clinical experience; 2) measure the student’s clinical performance from their end-of-shift evaluations and case logs; and 3) assess the perception of the model from faculty and students.

We sought to develop an educational intervention whereby residents could review FOAM resources while maintaining faculty oversight. We created a novel curriculum pairing FOAM from the Academic Life in Emergence Medicine (ALiEM) Approved Instructional Resources (Air) series with a team-based learning (TBL) format. Residents have an opportunity to engage with FOAM in a structured setting with faculty input on possible practice changes. This series has been well-received by residents and appears to have increased engagement with core content material.

Our orientation program is designed to bridge the gap between undergraduate and graduate medical education by ensuring that all learners demonstrate competency on Level 1 Milestones, including medical knowledge (MK). To teach interns core medical knowledge in EM, we reformulated orientation using the flipped-classroom model by replacing lectures with small group, case-based discussions. Interns demonstrated improvement in medical knowledge through higher scores on a posttest. Evaluation survey results were also favorable for the flipped-classroom teaching format.

Proper Applications for Surveys as a Study Methodology

The best use of survey methodology is to investigate human phenomena, such as emotions and opinions. These are data that are neither directly observable, nor available in documents. Moreover, a new survey instrument is only indicated when a prior instrument does not exist or is determined empirically to have insufficient validity and reliability evidence for the sampling frame of interest.

In 1990, Ernest Boyer called on academic medicine to affirm its central role in education by expanding the scope of scholarship to include the domain of teaching.

Are All Competencies Equal in the Eyes of Residents? A Multicenter Study of Emergency Medicine Residents’ Interest in Feedback

Feedback, particularly real-time feedback, is critical to resident education. The emergency medicine (EM) milestones were developed in 2012 to enhance resident assessment, and many programs use them to provide focused resident feedback.

Medical schools in the United States are encouraged to prepare and certify the entrustment of medical students to perform 13 core entrustable professional activities (EPAs) prior to graduation.

Clinical Assessment of Medical Students in the Emergency Department, a National Consensus Conference

The clinical assessment of medical students in the emergency department (ED) is a highly variable process in which clerkship directors (CD) create and use institution-specific tools, many with unproven reliability or validity, to assess students of differing experience and from different institutions.

Incorporation of a Graduate Student Writer into a Productive Research Team

An academic physician is faced with the unique challenge of balancing clinical practice with demanding education and research obligations. 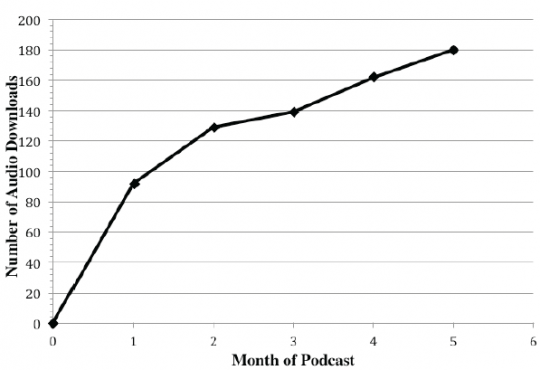 Development and Implementation of an Emergency Medicine Podcast for Medical Students: EMIGcast

Podcasts, episodic digital audio recordings downloaded
through web syndication or streamed online, have
been shown to be an effective instructional method in
undergraduate health professions education, and are
increasingly used for self-directed learning. Emergency
medicine (EM) has embraced podcasting: over 80% of
EM residents report listening to podcasts and a substantial
number identify podcasts as the most valuable use
of their educational time.Despite proven efficacy in
undergraduate medical education and remarkable popularity
with EM residents and attendings, there remain few EM
podcasts targeted to medical students. Given that podcast
effectiveness correlates with how well content matches the
listener needs, a podcast specific to EM-bound medical
students may optimally engage this target audience.

Introduction: Medical educators in recent years have been using social media for more
penetrance to technologically-savvy learners. The utility of using Twitter for curriculum content
delivery has not been studied. We sought to determine if participation in a social media-based
educational supplement would improve student performance on a test of clinical images at the end
of the semester.
Methods: 116 second-year medical students were enrolled in a lecture-based clinical medicine
course, in which images of common clinical exam findings were presented. An additional, optional
assessment was performed on Twitter. Each week, a clinical presentation and physical exam image
(not covered in course lectures) were distributed via Twitter, and students were invited to guess the
exam finding or diagnosis. After the completion of the course, students were asked to participate in a
slideshow “quiz” with 24 clinical images, half from lecture and half from Twitter.
Results: We conducted a one-way analysis of variance to determine the effect Twitter participation
had on total, Twitter-only, and lecture-only scores. Twitter participation data was collected from the
end-of-course survey and was defined as submitting answers to the Twitter-only questions “all or
most of the time”, “about half of the time”, and “little or none of the time.” We found a significant
difference in overall scores (p<0.001) and in Twitter-only scores (p<0.001). There was not enough
evidence to conclude a significant difference in lecture-only scores (p=0.124). Students who
submitted answers to Twitter “all or most of the time” or “about half the time” had significantly higher
overall scores and Twitter-only scores (p<0.001 and p<0.001, respectively) than those students who
only submitted answers “little or none of the time.”
Conclusion: While students retained less information from Twitter than from traditional classroom
lecture, some retention was noted. Future research on social media in medical education would
benefit from clear control and experimental groups in settings where quantitative use of social media
could be measured. Ultimately, it is unlikely for social media to replace lecture in medical curriculum;
however, there is a reasonable role for social media as an adjunct to traditional medical education.