Autoinjectors Preferred for Intramuscular Epinephrine in Anaphylaxis and Allergic Reactions

Epinephrine is the treatment of choice for anaphylaxis. We surveyed emergency department (ED) healthcare providers regarding two methods of intramuscular (IM) epinephrine administration (autoinjector and manual injection) for the management of anaphylaxis and allergic reactions and identified provider perceptions and preferred method of medication delivery. 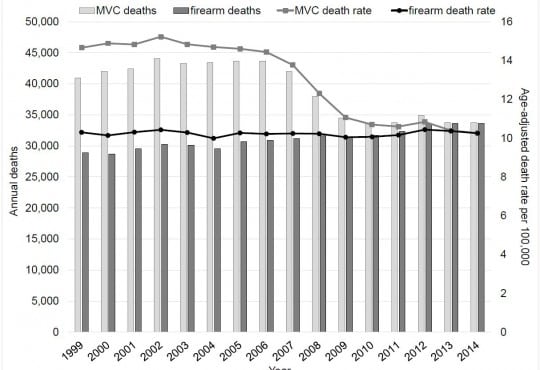 Frozen Funding on Firearm Research: “Doing Nothing Is No Longer an Acceptable Solution”

December 2015 saw another Congressional budget
standoff and threatened government shutdown. This omnibus
bill was particularly important for public health, because – for
the first time in years – it contained language that would have
reversed a 19-year-old prohibition on Centers for Disease
Control and Prevention (CDC) funding for research on firearm
injury. Unfortunately, 2016’s final Omnibus Appropriations
bill did not reverse this prohibition. And so another year
begins with the United States – and the world – debating
how to solve the problem of firearm violence in this country,
without the benefit of objective public health research.