Recent programs, such as the federal “Stop The Bleed” campaign, have placed the emphasis of public training on hemorrhage control. However, recent attacks demonstrate that access to wounded, recognition of injury, and rapid evacuation are equally as important as hemorrhage control in minimizing mortality.

On Saturday, October 27, 2018, a man with anti-Semitic motivations entered Tree of Life synagogue in the Squirrel Hill section of Pittsburgh, Pennsylvania; he had an AR-15 semi-automatic rifle and three handguns, opening fire upon worshippers.

The primary objective of this study was to gather and detail the common experiences from those hospital-based health professionals directly involved in the response to the San Bernardino terrorism attack on December 2, 2015. Secondary objectives included gathering information on experiences participants found were best practices.

We sought to develop evidence-based recommendations for the prehospital evaluation and treatment of a patient with an acute change in mental status and to compare these recommendations against the current protocols used by the 33 EMS agencies in the State of California.

This narrative review summarizes the history, contributions, and lessons learned by EPs during OEF-A/OIF and describes changes to daily clinical practice of EM derived from the combat environment.

Peritoneal dialysis (PD) is a means of renal replacement therapy (RRT) that can be performed in remote settings with limited resources, including regions that lack electrical power.

Trends in Regionalization of Care for ST-Segment Elevation Myocardial Infarction

California has led successful regionalized efforts for several time-critical medical conditions, including ST-segment elevation myocardial infarction (STEMI), but no specific mandated protocols exist to define regionalization of care. We aimed to study the trends in regionalization of care for STEMI patients in the state of California and to examine the differences in patient demographic, hospital, and county trends.

On December 2, 2015, a terror attack in the city of San Bernardino, California killed 14 Americans
and injured 22 in the deadliest attack on U.S. soil since September 11, 2001. Although emergency
personnel and law enforcement officials frequently deal with multi-casualty incidents (MCIs), what
occurred that day required an unprecedented response. Most of the severely injured victims were
transported to either Loma Linda University Medical Center (LLUMC) or Arrowhead Regional
Medical Center (ARMC). These two hospitals operate two designated trauma centers in the region
and played crucial roles during the massive response that followed this attack. In an effort to shed a
light on our response to others, we provide an account of how these two teaching hospitals prepared
for and coordinated the medical care of these victims.
In general, both centers were able to quickly mobilize large number of staff and resources. Prior
disaster drills proved to be invaluable. Both centers witnessed excellent teamwork and coordination
involving first responders, law enforcement, administration, and medical personnel from multiple
specialty services. Those of us working that day felt safe and protected. Although we did identify
areas we could have improved upon, including patchy communication and crowd-control, they were
minor in nature and did not affect patient care.
MCIs pose major challenges to emergency departments and trauma centers across the country.
Responding to such incidents requires an ever-evolving approach as no two incidents will present
exactly alike. It is our hope that this article will foster discussion and lead to improvements in
management of future MCIs.

The 25th known outbreak of the Ebola Virus Disease (EVD) is now a global public health emergency and the World Health Organization (WHO) has declared the epidemic to be a Public Health Emergency of International Concern (PHEIC). Since the first cases of the West African epidemic were reported in March 2014, there has been an increase in infection rates of over 13,000% over a 6-month period.

Ebola Virus Disease (EVD) has become a public health emergency of international concern. The World Health Organization and Centers for Disease Control and Prevention have developed guidance to educate and inform healthcare workers and travelers worldwide. 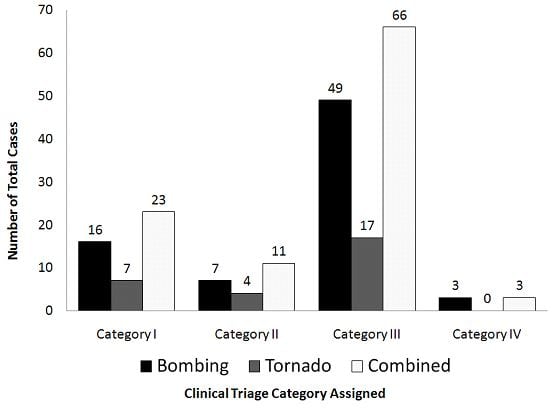 The triage of patients during a mass casualty – disaster (MCD) event presents the emergency healthcare provider with a complex and difficult issue. The task of evaluating casualties rapidly, using primarily the skills of physical examination, while still accurately identifying casualties likely to have critical injury or illness, may be impossible to achieve in practice.