We present the case of a young male with high clinical suspicion of a penile fracture found to have dorsal vein rupture by emergency department point-of-care ultrasound. This false form of penile fracture was subsequently confirmed intraoperatively.

Penile fracture is a rare clinical entity that may be separated into true vs false penile fracture, with only true fracture requiring surgery. The images submitted here add to the sparse literature evidence that point-of-care ultrasound can be used to differentiate between these two clinical entities. Additionally, this case report highlights an opportunity for further research into and application of point-of-care ultrasound to the evaluation of suspected penile fractures.

A 26-year-old man presented to the emergency department with penile pain and bruising after accidental trauma during intercourse one hour prior to arrival. He reported immediate pain and bruising with detumescence within minutes. Exam was revealing for eggplant deformity of the penis with soft dorsal ecchymosis and mass felt extending into the scrotum (Image 1).

Image 1
Patient’s penis with eggplant deformity (arrow) at presentation to the emergency department. 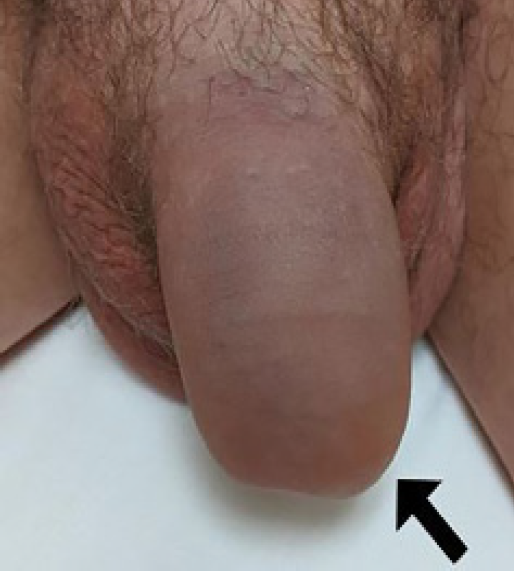 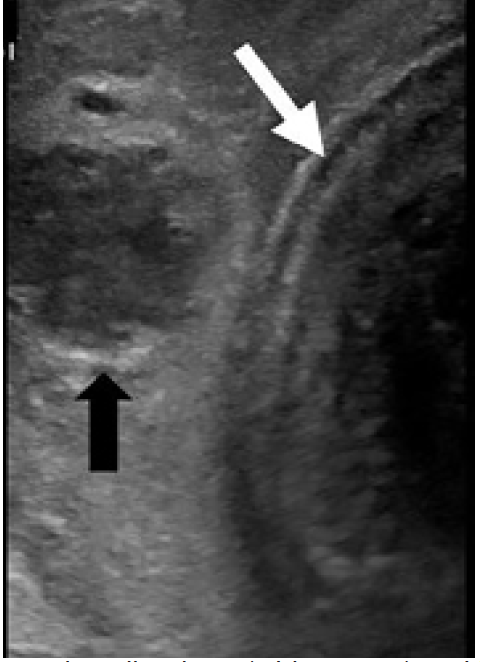 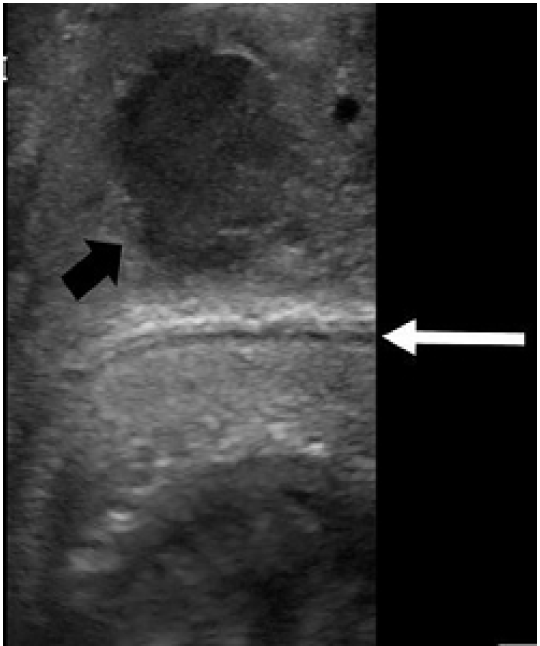 Surgical exploration confirmed a dorsal vein rupture with subsequent drainage of a large hematoma involving the dorsal vein and dartos layer dorsally. There were no acute complications. On follow-up the patient reported recovery of sexual function without curvature, but with mild residual pain to the incision site at six-week postoperative follow-up.

Penile fracture is a rare clinical entity encountered following trauma to the erect penis and is typically managed surgically.

Increased use of point-of-care ultrasound may allow for improved accuracy in differentiating between true and false penile fracture and reduce the need for surgery.

Conflicts of Interest: By the CPC-EM article submission agreement, all authors are required to disclose all affiliations, funding sources and financial or management relationships that could be perceived as potential sources of bias. The views expressed here are those of the authors and do not reflect the official policy of the Department of the Army, the Department of Defense, or the U.S. Government. The authors disclosed none.